In Windsurfing and In Life: It’s Not All Up to Us

In my early 40’s I took up windsurfing. I spent most of my time falling off the board backwards into the water, and then climbing back on the board while asking myself, why continue. Then I would spot a windsurfer gliding across open water. I wanted the thrill in knifing through the wind across the water just that way.

When I achieved a modicum of balance, I set out to cross a small bay in North Carolina that lay in front of our rented beach house. By then I’d had lessons and plenty of practice falling, climbing on the board again and pulling up the heavy rigging. I expected more of the same. But even if I had to start and stop I was confident I would eventually succeed.

Many times I set out to cross the bay with a steady wind blowing, filling my sail. Then the board and I would turn and come about into nothing: windless, stalled, dead-in-the-water. Or, in the quaint language of sailing, my board and I were “becalmed”.

I did not welcome becalmed. I had dreamed, planned, studied, practiced and set out. I wanted to arrive.

Paddling occupied me for a while, but produced only slight forward momentum. Instead, I could slip backwards with astonishing speed. The currents and the tides that hadn’t seemed consequential worked against me.

I often beached the board, gaining time to think, sun myself, and observe the occasional jumping fish. Intermittently I stuck one index finger into the air as if to test the wind. Secretly I hoped my finger might beckon a rogue burst of air to my cause.

When the wind, my modest sailing skills and the tide converged, I experienced short sails, riding my windsurfing dream for a few seconds. But right after success I might skid haplessly into an oyster-shell encrusted sand bar dense with reeds.

Alone on the water or in the reeds, the need for a safe return grows as the afternoon sun begins to fade. The time came when even if the wind were to change there was no going back to the dock safely under wind power. Then I would wave sheepishly to my stepson, Steve, who I relied on to check on me intermittently through binoculars from the dock.

Sitting in Steve’s skiff, the hull of my board splitting the wake behind us, I chided myself for not performing well. It was true I might have practiced more on dry land, and could have studied the intricacies of sailing more thoroughly. But the little bay with its rapid currents and tide changes had prevailed. My progress and my failure hadn’t been all up to me.

After a second summer of attempts, Steve and I drug the board high on the beach one last time. I said I might try windsurfing again someday—on a lake, or river and after more lessons—but I haven’t. Instead I had made peace with the idea that whatever I might or might not accomplish on a surf board or in life wasn’t all up to me. That thinking has helped me navigate every new thing I’ve tried in life since, with a little more ease and grace.

‘Tis the Season to Hibernate 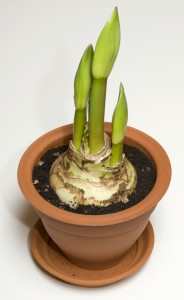 I planted an amaryllis yesterday looking forward to some Spring in my January. I plopped the chunky bulb into a clay pot of wet peat and slid it across the counter near my window. The bulb looks inert, but with light and time those little green cells hiding under that dry brown skin will do marvelous things.

That familiar spiky amaryllis surge will not happen immediately though, and I’d be a fool to expect it. So why, I wonder, looking outside to a cold day, do I expect myself to surge after January 1?

When I turn on the TV, or stand in a grocery line reading magazine covers, calls to make dramatic life changes are everywhere. Weight loss, fitness, and de-cluttering projects beckon in every other headline. Self-improvement initiatives compete with notices of post-holiday sales in my email and suburban mailbox. Media screams: GET GOING.

While driving to my annual physical, deliberately scheduled as a chance to take stock as the New Year begins, I realized that what is wrong for me about the press for activity in January is that I’m not ready for it. Resolutions feel premature and forced, a form of madness more appropriate to another season. It is Winter–a time when many living beings hibernate.

So instead of a round with a personal trainer, I am considering living off my fat for awhile, like squirrels and bears in northern climates. I wouldn’t have to eat much in hibernation, since the store around my mid-section would most certainly support writing, napping and sitting in front of the fireplace on a bleak afternoon. What little I require I can get from my pantry and freezer—both well-stocked, or in serious need of cleaning out–depending on your point of view.

Moving my hibernation thoughts along to less ordinary concerns I find myself taking a hard look at my current responsibilities in the Middle East. Quickly I realize that not much is up to me right now on the national and global front. The world and its messes are not likely to miss me for a month or so.

I don’t know how to measure psychic energy, but I know I am saving some with my new thinking about hibernation. Life, and the chilly season, both seem easier. I notice I am sitting straighter in my writing chair and greeting my coaching clients on the phone with a sense of curiosity and optimism. And I am getting curious about what lively directions I might choose for the year ahead. But I know it’s too early to name these, let alone to act on them.

“Go inward,” is what keeps echoing in my head. Retract or exert, what’s really the best thing? Should I put the press on myself and take action on new projects, instincts be damned? I like to work hard and feel like I am making a difference. I know life passes all too quickly without my permission and I want to keep growing. Still, as I stretch out my legs in front of the family room fireplace, I remind myself that a happy life is not always surging forward and the ground in my January probably only appears fallow.

The average person misplaces up to nine items a day…

When I lose my keys, I can’t blame an aging memory.  Young, old and in between, I’ve misplaced them. And according to Sumathi Reddy, in the Wall Street Journal, I’m not alone.  “The average person misplaces up to nine items a day and one-third of respondents in a poll said they spend an average of 15 minutes a day searching for items—cell phones, keys and paperwork top the list…”

END_OF_DOCUMENT_TOKEN_TO_BE_REPLACED

Are You a Positive Person? Then Stop Complaining!

A few weeks ago I was sitting in a chair overlooking a pretty bay in the Caribbean, drinking my second cup of coffee and waiting for my husband to get ready to leave for breakfast. In spite of the setting I thought things were a little snarky between me and my dear husband. Nothing specific. No big disagreement. The weather was perfect and the accommodations, lovely. We were on vacation!

Hmmm, I wondered. Why doesn’t this feel like paradise?

END_OF_DOCUMENT_TOKEN_TO_BE_REPLACED 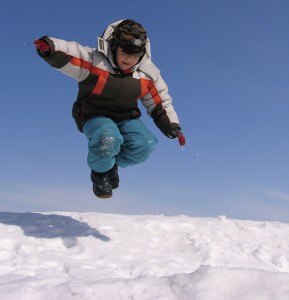 I’ve been excited about woman ski jumpers competing in the Olympic games for the first time.  Even a still photo of US Women’s Jump team member, Jessica Jerome, in flight–with no “terra firma” in the frame—has thrilled me and made me think about what it takes to learn to leap, both on the slopes and in life.

END_OF_DOCUMENT_TOKEN_TO_BE_REPLACED

Doing the Same Things Over and Over Again Can Be…Wonderful

Want to supercharge your life? Build in some excitement?  How about creating some routine tracks and returning to them often? Maybe even daily.

END_OF_DOCUMENT_TOKEN_TO_BE_REPLACED

Get Social with Toni

The Warmth of Other Suns: The Epic Story of America’s Great Migration, by Isabel Wilkerson

Brain Rules: 12 Principles for Surviving and Thriving at Work, Home and School, by John Medina

The Story You Need to Tell, by Sandra Marinella

The Searcher,  by Tana French